Tantric Misogyny: or, how I learned to stop worrying and love the yoni

You know you’ve done some damage when you’re the person in the room who all eyes turn to when the speaker says “I’m probably going to get a lot of anger on Facebook for this”. Nah bro, facebook’s far too restrictive a medium for that.

The redoubtable @rabblearouser of Crevice Canyon, Filthy Queer and Filthy Gorgeousness fame alerted me to a seminar called “Expanding Women’s Sexuality”, hosted by the Australian “Tantric sex, relationship and orgasm coach” Andrew Barnes. The four hour (!) class promised such wonders as “Identifying blocks to orgasm”, “Understanding full body orgasm” and “Learning about the suppression of female sexuality”. She was going, and was looking for a wingman. Four hours of being told about my body by some straight cis dude? Challenge accepted.

Now, despite appearances I have on occasion had a high tolerance for esoteric thinking. I’ve been on yogic retreats, meditation courses and even went vegan for a month (well, two weeks). However, I’ve found that I can put up a certain amount of discussion about expanded thinking and higher consciousness only so far, before my “Show me the science!” klaxon starts going and I become That audience member. Yeah, THAT one. And so it proved.

The seminar was held in a place that had more incense than chairs (for $40 they could have at least given us some seats, but then that’s just me), and had an audience that was exactly who you’d expect at something like this. The first 45 minutes or so were, I grant you, quite interesting. Anatomy’s an interesting subject and learning about the history of the G-Spot, the true size and location of the clitoris and the role of the female prostate was definitely note-worthy (though I found myself sneakily fact-checking a few times)


The first signs that the cosmic wavelengths weren’t fully aligned came right before the intermission, when Barnes ascertained that women can’t/won’t have orgasms unless they’re willing to do so. This struck me as problematic in the way that all statements about what women’s bodies can and can’t do that are made by men tend to be. One hesitates to chuck around phrases like “rape apology” in such instances but it’s certainly on the spectrum that includes “legitimate rape” and women being magically able to prevent pregnancy. Possibly through prayer. 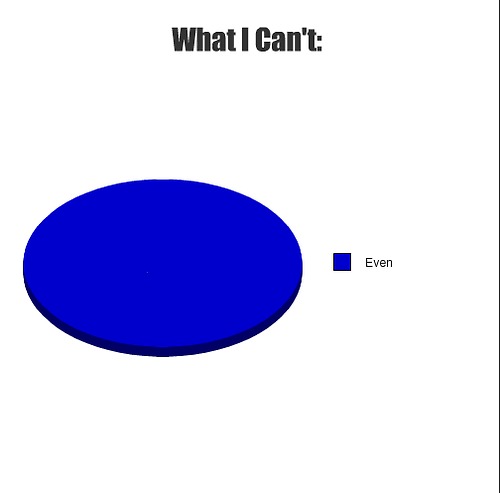 After a frankly depressing half-time spread of a couple of squares of chocolate and some pineapple (guys, for $40 a ticket and FOUR HOURS I would like a chair, decent snacks and a hot drink minimum), we got stuck into emotional and energetic stuff. Clearly I am not this type of thing’s target audience as I was frequently lost amongst mentions of higher vibrational frequencies (nothing to do with Hitachi Magic Wands oddly enough) and my cervix harbouring not only my past painful memories but those of my parents and grandparents as well (the actual fuck, people). My SCIENCE, BITCHES radar was getting ever more urgent (“cancer is caused by emotional blockage! I can make women orgasm with my brain!”) when finally the alarms got tripped and it all went to hell.

You ready for this?

I’d already got the hard looks when I asked for a citation on the idea that living in an adopted family that has a history of a genetic condition will cause that to manifest in the adopted child, but this was The Moment. It not so much ripped through my (not-quite) willing suspension of disbelief as shredded it, set it on fire and flung it over a fucking rainbow.

I was polite. I pointed out that yes, things were better for women now (I appreciate the generalisation here but this was not the audience) but, as a cisgendered male, he was talking from a position of male privilege and was in no way qualified to tell women about their experiences of sexism or describe it to us. I was respectful. I didn’t call him names. His response? Oh my. A sex expert who had to have the term cisgendered explained to him. Who had clearly never butted up against the term “privilege” in his career. However, it was the audience comments that really made me despair for humanity. One woman said that she didn’t know what I was talking about, that she’d never experienced any sexism in her everyday and didn’t see any examples of sexism or misogyny (not that she used that word) in the media. The old man (also a tantric massage dudebro) who suggested some esoteric rubbish that seemed to boil down to sexism being a construct of people too shallow to rise above it and not let it affect them.

Victim blaming just got taken to a whole new plane (literally). I’ve got into some vicious bunfights with misogynists before but this was breathtaking. Then came the suggestion that women in violent relationships, sufferers of rape, domestic violence and the other evils that stalk our world are the result of women not being allowed to wank more as kids and that if we were all vibrating at a higher frequency then these things could be avoided. Quite a few people in the audience seemed uncomfortable with this (no, really?), prompting his little Facebook nod to the women with the enthusiastic hair. That it was all done with that mansplaining, there-thereness of someone who truly seemed to believe that the heavy-lifting towards a more equal society just needed us all to be a little more masturbatory made me want to throw a brick through the window of every bro who asked me to suck his dick in public, at every shop selling me my own body packaged up and distorted to the point of unrecognisability, at the face of every man who said “who me” when a young girl’s trembling finger pointed them out of a line up. I was shaking. Then it was over, bar a few more plugs for his book about genitals (that compares them to flowers. Unless you are Georgia O’Keefe you’re not allowed to do that. Ever.), a massively off-putting discussion about his tantric sex workshop this weekend (which reminds me, I never did ask if performing “yoni massage” for money made him a sex worker and if so, how did that square with Australian law?) and an attempt to garner email addresses for future seminar alerts.

I listened to Black Sabbath all the way home and narrowly avoided rage-buying cigarettes.

You can dress up your misogyny in as many colourful pashminas and yonis and reverberations as you like. It’s still misogyny, and it’s rotten.
Posted by G Spite at 03:40